Went to the Beach Yesterday....

Yesterday I drove to the Mississippi Gulf Coast for a first hand look at the oil that's washing ashore, and to take some photos for a magazine article I will be writing.  The oil is coming ashore almost everywhere on the mainland in my home state now, not to mention the once-pristine barrier islands on the other side of the Mississippi Sound.  The first thing you notice driving down Highway 90 is group after group of clean-up workers, concentrated in the areas where the most oil is on the sand: 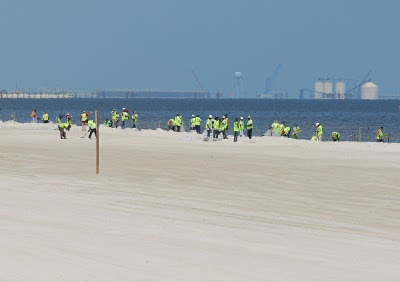 Working with rakes, shovels and plastic bags, they are picking up globules of oil and tar balls in the sand. 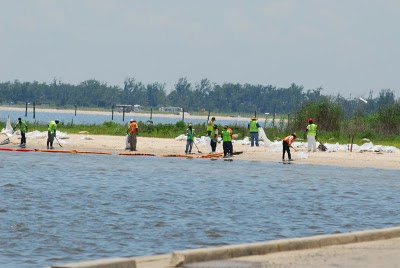 It seems futile, as every wave washing up to the beach is carrying more tar balls and oil.  You can see how calm and gentle the Sound was at the time I took these shots.  Note all the black particles in suspension.  With the well still flowing unchecked, and who knows how much oil already in the Gulf, how long will this keep washing in?  Imagine how much would be coming ashore if the wind was really kicking up. 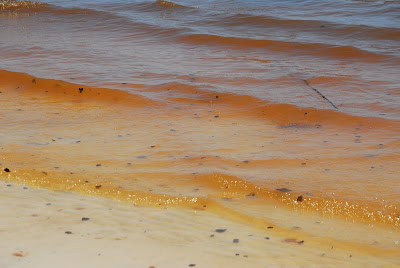 In places, the water is black with oil: 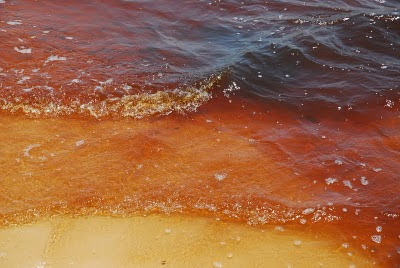 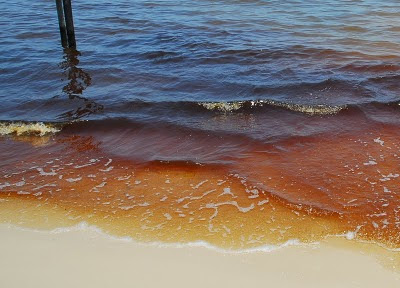 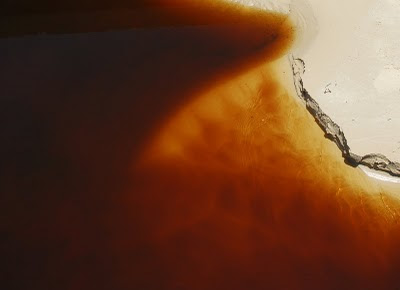 The so-called "booms" that are supposed to keep the oil off the beaches and out of the marshes are pitifully inadequate.  Look how much oil is washing over this one in an almost calm sea: 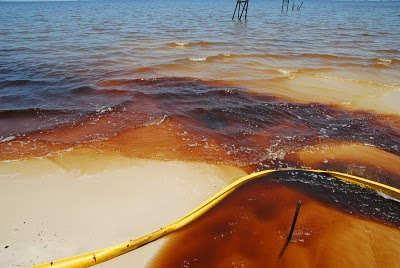 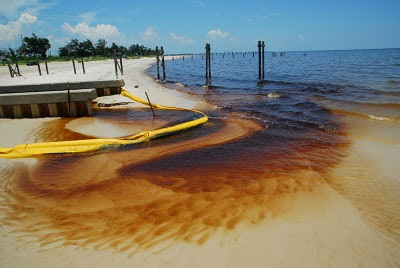 This is what this stuff looks like after it ends up on the sand.  You can try to step around the globs and tar balls, but there is more of it under what appears to be clean patches.  I ruined a pair of shoes and socks despite being careful not to step in any visible patches. 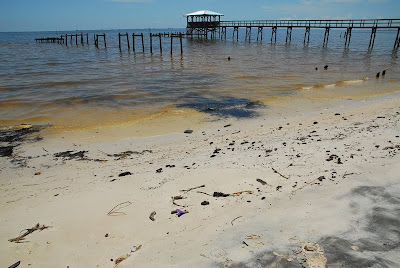 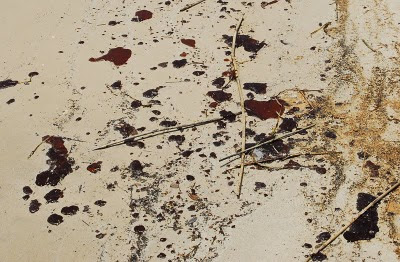 Where this stuff gets in the marsh, it kills the marsh grasses and every other living thing.  Here you can see it is just beginning.  This is in the Waveland area. 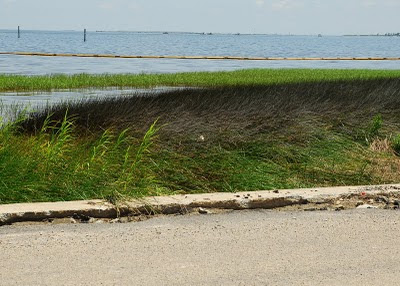 I found this oil-coated eel right at the edge of the tide line.  Believe it or not, it was still alive, but just barely, slowly moving it's head back and forth as it suffocated to death.  It is so black with oil I have no idea what species it is. 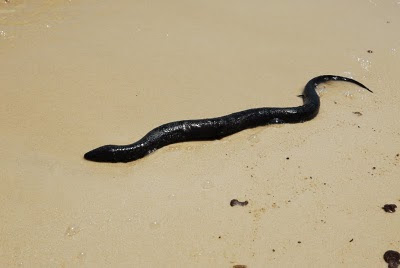 Despite the oil, radio commercials in Jackson and other places around the state are telling people to "come on down, everything you love about the Gulf Coast is still here."  Some people are still letting their children play in the water: 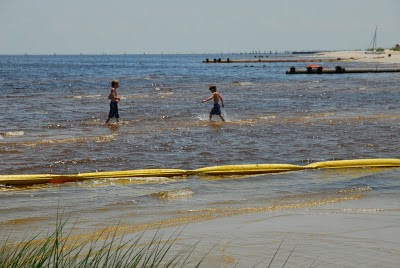 I took these photos and left feeling sick.  I've been sea kayaking and sailing in these waters for over 25 years.  I've written countless articles about the islands and estuaries here, and a boater's guidebook to the area published in 2004, Exploring Coastal Mississippi: A Guide to the Marine Waters and Islands.  No words I can write here can convey how I feel about what has been lost.  Will it ever be the same?  I don't know.  It all depends on getting that well shut down, and soon.
Posted by Scott B. Williams at 8:37 AM