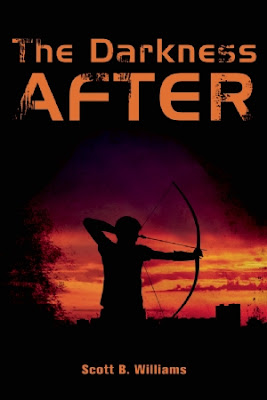 Voyage After the Collapse (Book III of The Pulse Series)

This is a quick note to let all my readers of Bug Out Survival know that the third installment of the ongoing series that began with The Pulse is my next book coming down the pipeline. Voyage After the Collapse is available for preorder on Amazon now (Kindle Edition only, at this point). There will be a paperback edition as well, of course, and it will probably be available sometime in November or early December when the ebook is actually released.

BOOK III OF THE PULSE SERIES—A STORY OF SURVIVAL IN THE AFTERMATH OF MASSIVE SOLAR FLARES THAT DESTROY THE POWER, COMMUNICATIONS AND TRANSPORTATION GRIDS, BRINGING ABOUT A DESCENT INTO LAWLESS CHAOS AND UNBRIDLED SAVAGERY.
The crew of the sailing vessel, Casey Nicole has endured a harrowing ordeal on the dark waterways of the coastal swamps near New Orleans, but Artie Drager has escaped with what he came for—his only daughter, Casey.
They are free of the mainland but still too close for comfort. Now the crew of six aboard the big catamaran must plot a course and set sail into the unknown, hoping to find a place where the impact of the electromagnetic pulse was not so severe. Where that will be, they have no way of knowing. Did the solar flares impact the whole planet, or just the parts of the Western Hemisphere they have seen?
Voyage After the Collapse is a passage of hope into an uncertain future, leaving the terror of the U.S. mainland astern in the wake. 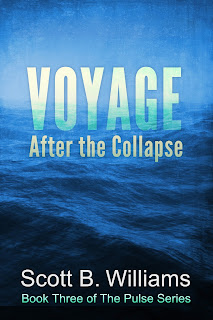 You can reserve your Kindle copy by preordering at the Amazon link below, where it is listed for $3.99 from now until release. You won't be charged until the release date when the book is delivered to your reading device. (Good know in case a real pulse hits first, rendering your ereaders useless!)


Preorder Voyage After the Collapse (Book III of The Pulse Series)

As I've mentioned before, you can get these book updates faster and before anyone else if you sign up for my newsletter by simply entering your email address here: