I had a great, but too-short getaway to south Florida last weekend, where as I mentioned in my last post, I was headed to attend a get together of Wharram catamaran enthusiasts in Islamorada, way down in the Keys. I've posted some photos from the rendezvous and more about the boats over on my Element II blog, where I'm documenting the construction of my own Wharram Tiki 26 - which will be my ultimate go-anywhere bug-out boat. On that page you will also find a link to a slideshow with many more photos from this rendezvous.

In this post, I just wanted to share a few photos from the unique environment that is sub-tropical south Florida.  I never get tired of exploring this area, despite the hassle of driving down the peninsula in high-speed, nearly bumper-to-bumper traffic on the interstate.  Although I describe several good bug-out locations in the state in my new bug-out book, I pity the millions who would be trapped in bottleneck of congestion trying to get out of south Florida in a true SHTF scenario.  Hurricane evacuations are bad enough.

But if one had a seaworthy small boat, such as the one I took with me on this trip, there are vast expanses of shallow, remote backwaters to bug-out to, many of them fringed by great mangrove forests, where it would be easy to hide out and easy to forage for fish, crabs, oysters and other seafood: 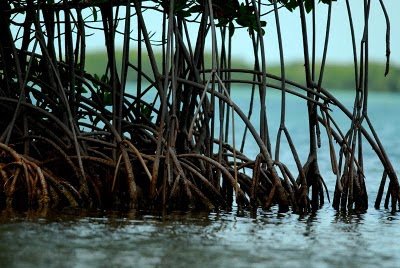 Many of these waters in the Florida Keys are so shallow that you often run aground even in a kayak, but if there is any sunlight at all, you can pick your way through because it's easy to see the bottom in the crystal clear waters there: 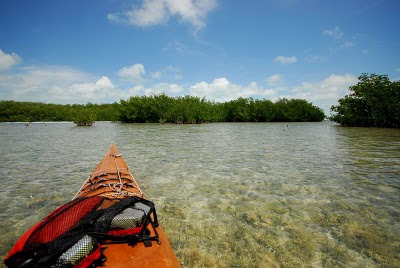 Most of the smaller mangrove-covered islands in the Keys and Florida Bay are nearly impenetrable, like this one in the photo below, but among these tangles of roots, you can find small pocket beaches, often completely hidden from view of anyone passing by on the open water.  I have spent weeks at a time camped in such places during my longer kayak trips that took me through the area. 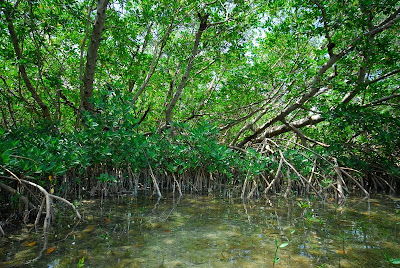 Inland from the mangrove-fringed coastal areas, the Everglades is  full of hidden, freshwater creeks like this one.  Some of these appear impassable, even in a canoe, but you can often push or cut your way through the thicker areas, and go for days, like my friend Ernest Herndon and I did when we spent some ten days canoeing the 'glades on my first trip there. 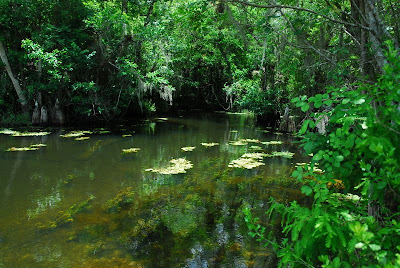 Nowhere else in North America will you find the exotic plant species that are common in the Everglades and much of south Florida.  An example is the strangler fig, shown below - a tree that is common in the jungles of Latin America, where it is known as the "mata-palo" (tree-killer).  It grows around and eventually strangles the host tree. 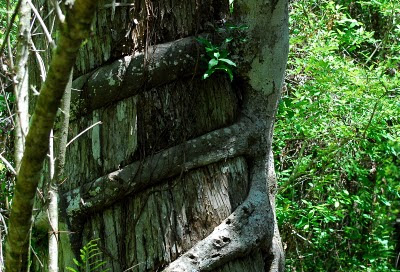 Of course, my favorite south Florida exotic is the coconut palm, which is not native to the area but is now firmly established and can be found in the wild in many places.  I've often climbed these to get the drinking nuts while camped on the remote beaches of Cape Sable, at the southern tip of the peninsula.  They are also common throughout the Keys. 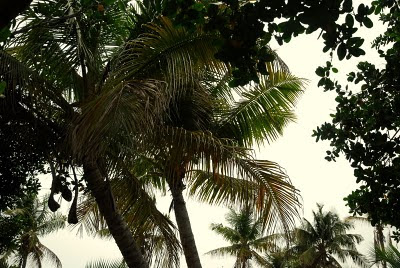 The Everglades is a paradise for reptiles and amphibians.  Anyone who is not squeamish about eating snakes, lizards, turtles and the like would have no trouble finding food here. 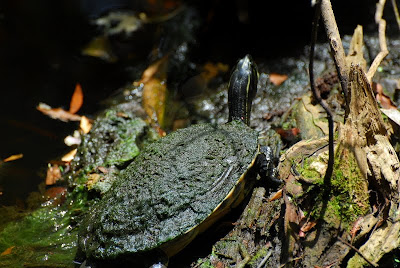 Of course 'gators are everywhere in the 'glades - more plentiful in the freshwater areas, but also in the brackish and salt water of the mangrove fringes, where they share habitat with the American crocodile, which is making a big comeback in south Florida. Another big reptile that is doing well, but does not belong in this ecosystem is the Burmese python, which has now populated much of south Florida.  I looked, but didn't see any on this trip. 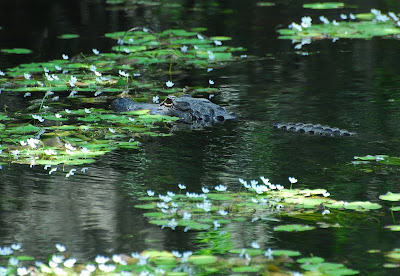 The 'gators alone are so plentiful that one could easily survive by hunting the small ones.  Alligator meat is good, too.  I used to stop in every chance I got to get a 'gator-tail po-boy at a little restaurant in Louisiana down near the Honey Island Swamp. 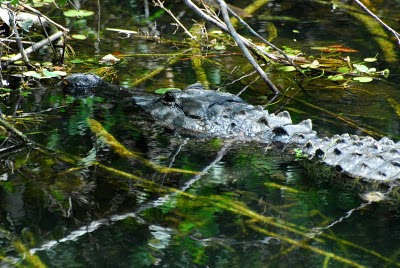 On another note, I noticed that down along the Tamiami Trail (U.S. 41), where there are many small Miccosukee Indian settlements, large gated fences with "Keep Out" signs have been erected since last time I passed that way.  I also noticed this sign at one such village - apparently Bush is to blame for whatever's wrong here as well.  I didn't know he was British, however.... 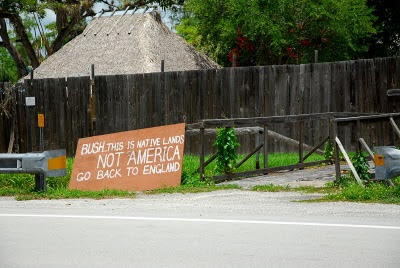