Trying to Reason with Hurricane Season

The blown-out  BP oil well continues to spew unchecked into the Gulf.  The first named tropical storm of the season has made landfall in Belize and crossed the Yucatan to restrengthen over the Gulf.  While it won't be coming into the area of the oil spill, its outer wind bands are expected to push more oil towards shore.  This will also hamper whatever efforts are being made to contain or clean-up the oil.  Here's an article posted today at the Biloxi Sun Herald:  Tropical Storm Alex Gaining Strength Over the Gulf.

NOAA forecasters have predicted this will be a particularly active season, and I've got a bad feeling about it anyway, not to mention the unthinkable damage to the Gulf that is being caused by the oil spill.  At any rate, whether or not we get a major hit in the Gulf this year or not, the memories of Katrina's destruction in 2005 are still fresh.  Here are a few of my photos from the aftermath:

Nothing but rubble left was left on most of Biloxi's Point Cadet - houses and businesses swept away, boats everywhere left high and dry: 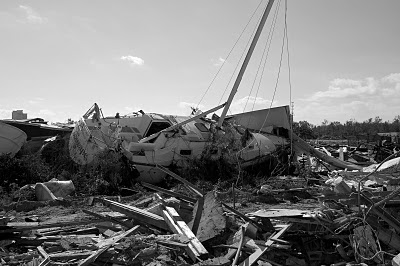 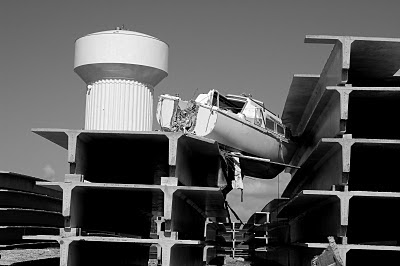 The U.S. Highway 90 bridge that once connected Biloxi's Point Cadet to Ocean Springs was reduced to a broken pile of rubble. 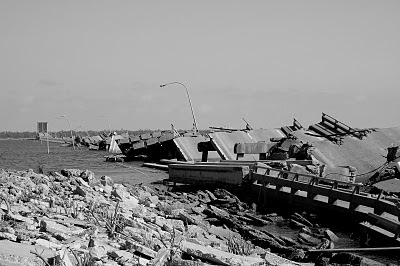 Steel-hulled fishing vessels were scattered all over the woods from where they were trying to take refuge in Bayou Portage.  As it turned out, this area had the worst of the storm surge. 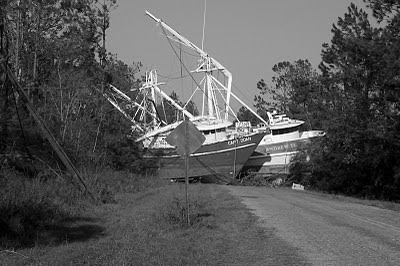 Below: my own cruising sailboat, Intensity.  She was swept into the woods despite all the heavy storm anchors and mooring lines I used to secure her.  When I found her a couple weeks after the storm, she was dismasted, battered, broken and even looted by someone who found her before I did.  I had spent over five years restoring her to immaculate condition, had lived aboard her for a time, and sailed her across the Gulf to the Keys and the East Coast of Florida. 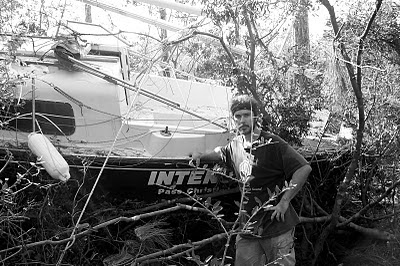 I guess that's enough depressing imagery for one day.  If you live in an area where hurricanes are a threat, now is the time to prepare, not when one is already bearing down on you.  There's an excellent post on JWR's Survival Blog on hurricane preparation, written by a south Florida resident who's been dealing with them for a lifetime.  It also includes a detailed checklist of what you need to be prepared for one of these storms, whether you stay home or leave. Read the full article here:   Hurricane Readiness, by T. in South Florida