Pine trees of one variety or another are plentiful in most parts of North America: 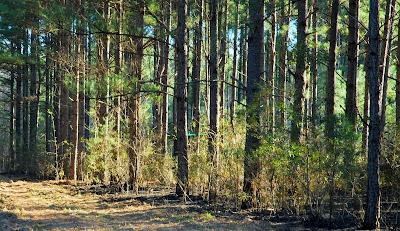 I just ran across an excellent article over at Survival Topics on how to harvest and prepare a widely available edible plant food that is overlooked by most foragers and survivalists - the inner bark of pine trees.  Yeah, I know, if you haven't tried it I know what you're most likely thinking.  But this is something I have tried, and like the author of this article, found it to be not only palatable, but quite tasty when prepared in a similar manner to how he does it.

My first attempt at eating pine trees came at a time between two of my longest kayak trips, when I was out of money for more travel, but too used to living outdoors to adjust easily to any other lifestyle.  I went to the woods to think about what I was going to do next, launching my kayak on one of my favorite streams in my home state: Black Creek.  After paddling downstream a couple of days to one of the most remote stretches of this creek that winds through the Desoto National Forest, I pulled the kayak up a steep bank near a place where a spring poured into the main creek and set up a hidden camp in a stand of tall pines.

It was an awesome place to do what I had come to do, which was to get away from all people to think and to spend a few weeks practicing my hunting and gathering skills.  I had some fishing gear and my Marlin Model 60 .22 rifle, and very little in the way of food, mainly just some rice to fall back on if all else failed.

At the tail end of winter, it was not the best time of year for foraging for edible plant foods, but with several hardwood hollows within a short walk of my camp, the squirrel hunting was exceptionally good and I was able to take two or three each time I went on a on a short morning hunt as needed.  It was too early in the year for much in the way of fresh greens, but I did utilize things like palmetto hearts that I found in one area and every day I made pine needle tea and sassafras tea (more on those in future posts), while trying to stay warm as a cold, drizzly rain fell for much of the time I was there.  I had long planned to experiment with edible inner bark, and this was the perfect time to do so.

I found a medium-sized Longleaf pine felled at the creek's edge by erosion of the banks, but still green and fresh, and went to work with my machete, chopping away the rough outer bark, then using it like a drawknife to peel off strips of the white inner bark.  This inner bark is soft and flexible, and separates nicely from the trunk into strips about an eighth inch thick.  Back at camp, I sprinkled these strips liberally with my essential survival seasoning, Tony Chachere's Creole Seasoning

, which renders practically anything not only edible, but delicious.  I don't go anywhere without it, and will have as large a supply as I can carry in any bug out bag or bug out vehicle I have to leave in.  I know I would eventually run out in if the situation turns long term, but like coffee and other vices, it will sure make things nicer in the beginning. 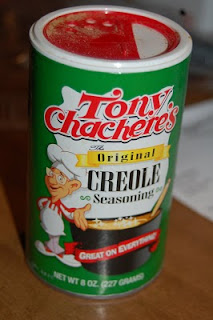 The way to prepare this inner bark is to roast it until the strips become dry and crispy, with much the same texture as potato chips.  I used a rack I built near the fire to hang the strips much the same way you would hang meat to make jerky. Believe it or not, roasted inner pine bark prepared this way is not only edible, but pretty tasty as well, the only thing disagreeable being the slight flavor of tannin.  For the rest of that three week trip I kept a supply of it, roasting it every evening while sitting by the fire.

It's well-documented that many Native American tribes utilized the inner bark from a variety of trees as a staple of their diet.  The reason is simple: it is found everywhere, is available year round, and is easy to obtain and prepare.  You can harvest it from living trees as well, as they often did, and can do so without killing the tree as long as you only remove a small section from one side of the trunk and not all the way around.

For much more on the topic and for photographs of harvesting and preparing pine bark, both by roasting and frying, read the full article on Survival Topics:

Although this piece is specifically focused on  the Eastern White Pine, many other varieties of pines and other trees as well yield edible inner bark.  If you're serious about learning how to survive in a bug out situation, especially while on the move,  it pays to experiment with these kinds of plant foods that can be found most anywhere, regardless of the season.  Just don't forget to bring the Tony's.
Posted by Scott B. Williams at 10:30 AM