EDC Lights and Knife from James Williams and CRKT

I received some fantastic products in the mail today from James Williams, of System of Strategy. Those of you who are familiar with CRKT Knives have probably seen some of the designs of James Williams, a master of the Japanese samurai fighting arts and the president of Bugei Trading Company. James Williams has extensive experience teaching close-quarters combat to police and military and his tool and weapon designs are based on the needs of those whose lives depend on them.  Finding this site, he thought my readers would be particularly interested in these personal defense and tactical flashlights designed for EDC, as well as his new Shizuka Noh Ken folder. I absolutely agree, and I will be posting a full review of them after spending some time with them.

Pictured below, from top to bottom, the James Williams-designed CRKT Personal Defense Light, the Tactical Applications Light, and the Shizuoka Noh Ken folder. Note the clips for deep pocket carry on each: 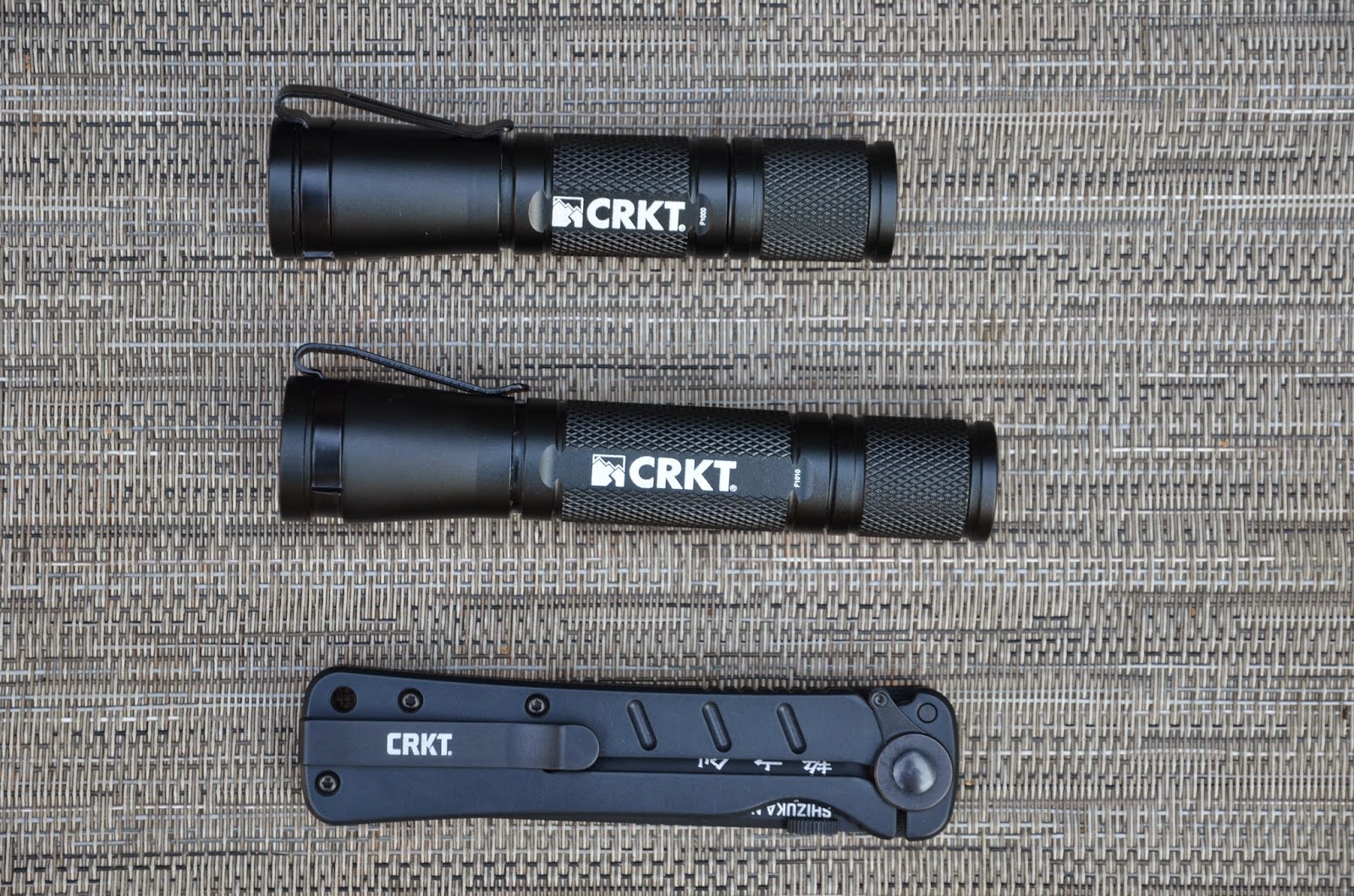 Compact high-intensity flashlights have come a long way since I reviewed some early models here on  Bug Out Survival in this 2010 post: http://www.bugoutsurvival.com/2010/01/gear-review-compact-hi-intensity.html

I'll have all the details and specs of these new CRKT lights in the upcoming review, but I can tell you already that one or both of these will going wherever I go from now on.

I was especially excited to get my hands on Williams' new Shizuka Noh Ken folder, as I was looking to replace yet another Cold Steel Voyager with a broken pocket clip. As a master of bladed weapons, Williams designs his knives for self-defense and combat, so this is not a do-it-all utility or bushcraft knife. It is designed to neutralize an attacker as quickly and efficiently as possible; one look at the blade will tell you that. Carry something else to open packages and whittle with and save this for when and if you need it. The Shizuka Noh Ken (Japanese for "Hidden Blade") is a smaller version of his Otanashi Noh Ken (Sword of Silence) of the same design and it is so light and slim in your pocket you'll barely remember you have it. It's rare to find a blade design that both stabs and slices equally well, but that's exactly what this and Williams' larger Japanese tanto designs excel at. When I post a review I'll show the difference between these traditional tanto blades and the more commonly seen American tanto designs that are much less capable when it comes to stabs and thrusts. For now, note that despite the long curve of the belly of the blade that makes it great for slicing, the needle-like tip is straight in line with the handle, making it effectivly a dagger when it comes to thrusting. 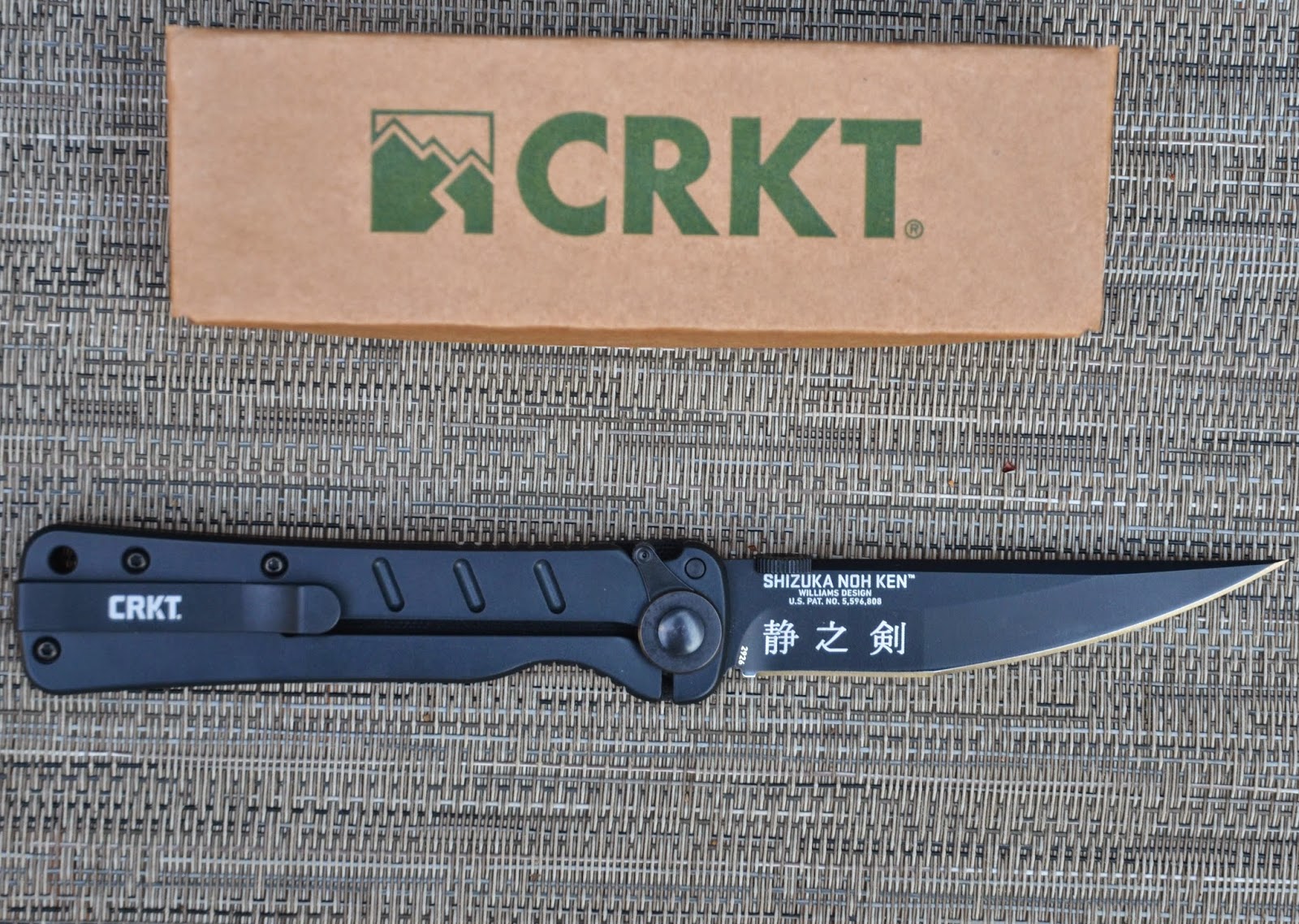 As already mentioned, James Williams not only designs edged weapons, but is a master of using them and teaching others to do so. In addition to the tactical lights and knife, he included two of his instructional DVDs for my review (The Edged Weapon and Continuing Solutions to Edged Weapons). There are a lot of concepts and ideas in the nearly four hours of instruction here that I have never seen  anywhere else, although we worked with knives quite a bit when I studied Ed Parker's system of Kenpo. I'm looking forward to working more with these principles and hope to attend one of James Williams' seminars to see his methods first hand. 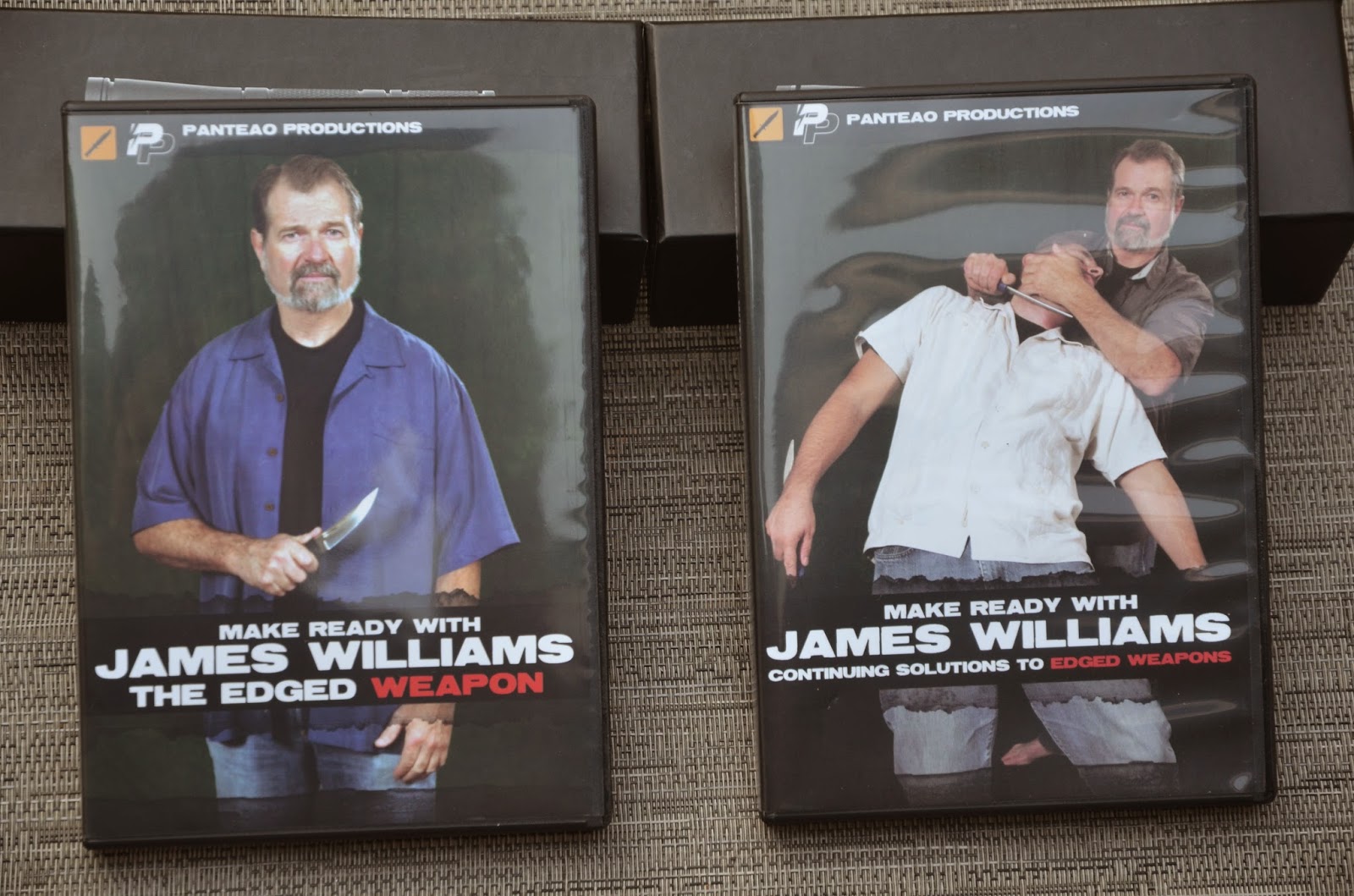 The timing for these items to arrive could not have been better, because I have been planning to begin writing more here about self-defense, both unarmed and with weapons, as well as the importance of physical fitness for survival. I feel these are critical skills and attributes that are far too often overlooked or neglected in the prepping and survival community. Stay tuned for more to come soon.